NOTICE:  If you are not a free registered member of the site, you will not see the photos in the forum, and you won't be able to access our premium member content. Please consider joining our community! REGISTER AND MAKE THIS BOX DISAPPEAR!

Another great guide written by DEET!

Here is a sticky to help folks learn about rims and spokes.....
Much of this information was develped from conversations with Buchanan's Rim and Spoke.


If you look at the part numbers for the rear rims of these bikes, you will find they are different even though they are the same size.

The difference is in the way the spoke holes are punched. The spoke angles are different.


Buchanan's told me that you should not mix them. When they mate a hub to a rim, the rims are drilled to match the angle. They have patterns for some of the old hubs, so they can supply a rim that will be safe.


If the hub is non-conical (both sides of the hub are equal diameter) the rim will be made to fit it. The two rims may have the same number of spoke holes, but the holes will be aligned differently.

Both are the same diameter and width. Yet they have a different part number. Why?
Because the spoke angles are different.

Here's what I have been told by Buchanan Wheel and Spoke

"There are two types of hubs used: conical, where the two sides of the hub are different diameters, and equal."

Here is an example of conical:

"We at Buchanan do not recommend using any rim that is not specifically drilled to match the hub."

First, you know that Yamaha would not use a pile of different rims on their bikes if they didn't have to. Zedder software proves that parts were used among all bikes.

Second, they wouldn't use the same rim and just put different part numbers on them.

Third, even if the spoke angle was just slightly different, would they choose to make a different rim to match it exactly?


There are multiple cases where a different rim is used where the hub is different.


The Japanese manufacturers are MASTERS at using similar parts on different equipment.

They never re-invent the wheel. (No pun intended).

So...... Why would they go to all the trouble of making these three different 18" rims if they all have the same diameter, width and 36 holes?
Why not just make one rim and not worry about the spoke angle?

I prefer to rest on their engineering and not make the foolish assumption that I know better.


And as always........ this is my opinion. The advice is free and worth every penny you paid for it.

With all due respect, and not to take away from anything said, I probably have a somewhat softer opinion on this topic
. . . and not because I think I'm smarter then Buchanan or Yamaha.
In an ideal world, I TOTALLY agree with everything said . . . . BUT

. . . where I differ slightly, is in the necessity of always having the EXACT machined angle between rim & hub
I don't believe it's as critical as Buchanan seems to be suggesting.
Remember, they are in the business of selling you custom rims and spokes!
I'm just saying . . . have ALL of the facts been presented, or ...
is the information being presented, a bit skewed towards their marketing efforts?

In the case of most vintage Japanese wheel assemblies, the rims & spoke nuts are designed to interact as a ball and socket joint.
Think to your arm or leg, there's a certain amount of acceptable, functional range of movement available.
Your arm doesn't only function at one EXACT angle, and neither does a spoke . . . it is designed with a limited ability to pivot
Your arm functions at great angles . . . a spoke, not so much.

As long as the "Actual" spoke angle ... is "reasonably close" ... to the "Drilled" angle, then I'm of the opinion that it's a completely acceptable combination to use.

So what is "reasonably close" ? . . . . In most cases I've experienced, you have a working range of around 5 degrees .... sometimes more, sometimes less.
That doesn't sound like much, but is a great departure from using exact "only" angles.
If ANY spoke binding is noted while lacing a wheel, then you have exceeded my definition of "reasonably close"

Using "slight" and/or "reasonably close" variations in spoke angle, is a completely acceptable practice in my mind, and will not compromise the strength or integrity of a wheel in any way.

If you have the exact matched set of rim & hub, by all means use it . . . that would be the preferred route
BUT, we do not live in an ideal world. Sometimes factors such as cost and availability play into the equation.


Oh ... BTW
A change in the drilled spoke angle is just one of many possible rim changes that could effect a change in a part number.

This is not completely off topic but in case anyone is looking for the wheel offset for a 1972 DT2. With the brake backing plate out of the hub and a straight edge across it, the distance is 1 inch for the rear wheel and 1/4 in for the front wheel. I'm going to start writing this stuff down as I do them and post them here so it can be used by others.
Question authority, think for yourself!
The following user(s) Liked this Post: Makotosun, MarkT, pntrbl, nhsteve
24 Dec 2016 10:27 #3

Great idea!
This email address is being protected from spambots. You need JavaScript enabled to view it.

With the rim, in my experience, the spoke hole stamping or whatever ya call it, needs to be reasonably close to the right angle or you'll need to oversize the hole so the nipple can swing a bit or you'll end up pulling bad trying to bend the spoke to "it's" angle at the rim. I've seen some bad cases over the years that've just been laced up & tightened & left as is. Here's a random pic of a typical case but not a very bad one, but you can see it pulling. Of course with oversizing the hole you need to be carefull not to go far past original & have the nipple trying to pull through. Some nipples have a cupped washer under them too.

This message has an attachment image.
Please log in or register to see it. 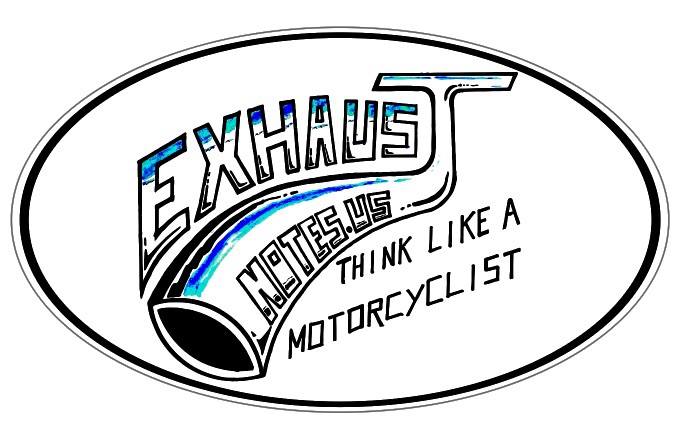